Facebook appears to have survived this election cycle — but that’s what we thought in 2016, too
08 November 2018
Will the Democrats’ victory lead to tougher regulation of Silicon Valley? Even Europe’s tech czar isn’t sure.
08 November 2018 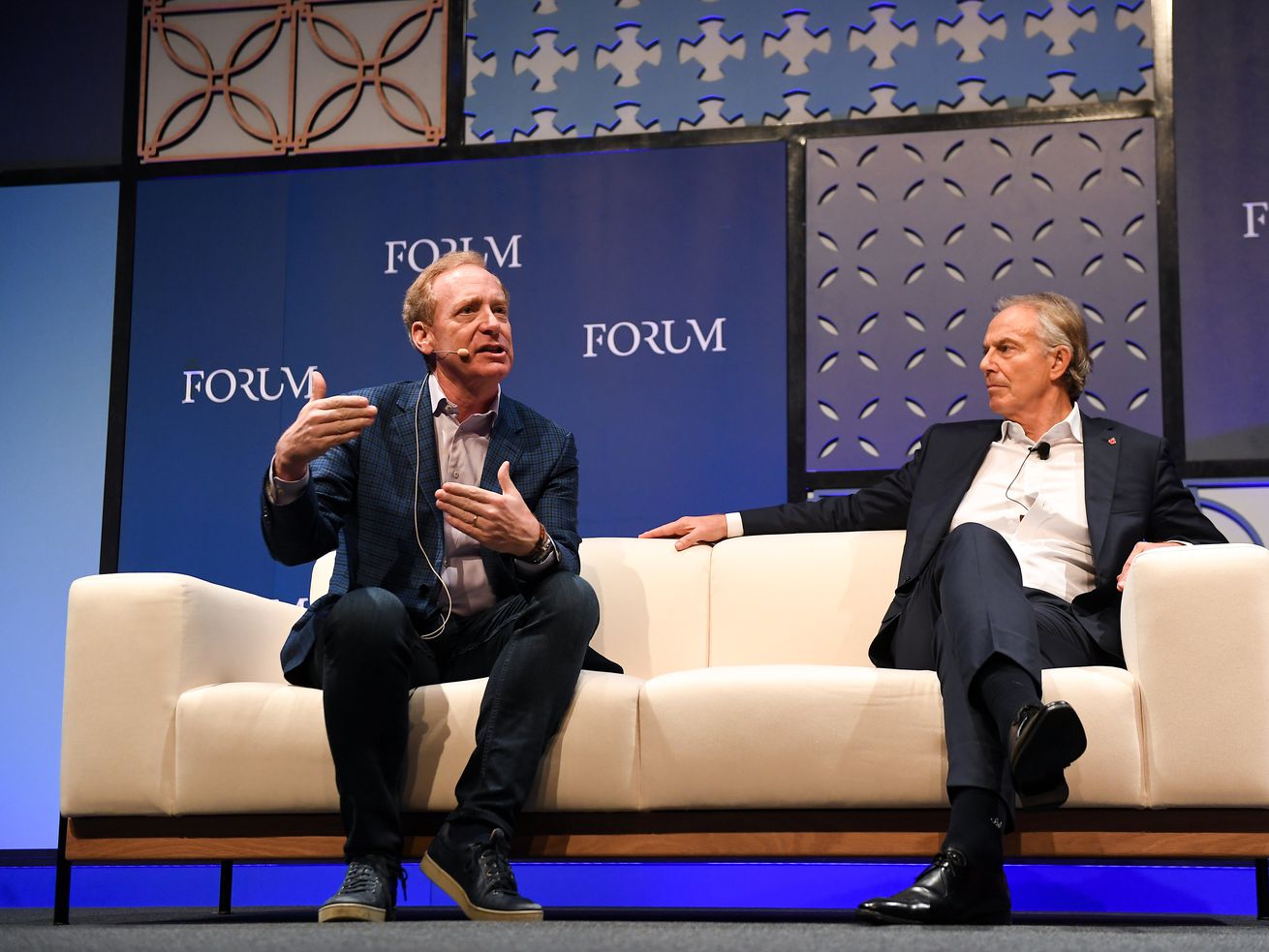 Facial recognition software is already prevalent in a lot of mainstream technology products. You may even use a few of them, like Facebook photo tagging, Snapchat or Instagram face filters, or the iPhone’s Face ID, which uses facial recognition to unlock the phone.

Future uses of the technology may not be so harmless.

Microsoft President Brad Smith laid out a frightening scenario in which facial recognition technology, if left unchecked, could totally change the way we live and what privacy people are able to retain, if any.

“It potentially means every time you walk into a store, a retailer knows when you were in there last, what good you picked out, what you purchased,” he said at Web Summit, a tech conference in Lisbon, Portugal, on Wednesday. “I think even that frankly pales in comparison to what it could do to relationships between individuals and the state.”

Smith went on to describe what sounds like a total doomsday scenario for facial recognition technology, a scenario on par with the idea that automation will replace all jobs, or Elon Musk’s projected AI apocalypse . Here’s Smith’s concern:

For the first time, the world is on the threshold of technology that would give a government the ability to follow anyone anywhere, and everyone everywhere. It could know exactly where you are going, where you have been and where you were yesterday as well. And this has profound potential ramifications for even just the fundamental civil liberties on which democratic societies rely. Before we wake up and find that the year 2024 looks like the book “1984,” let’s figure out what kind of world we want to create, and what are the safeguards and what are the limitations of both companies and governments for the use of this technology.

Microsoft does build facial recognition technology, and Smith has been public in the past about the need for regulation . Facebook and Apple do, too. Amazon sells its facial recognition technology to law enforcement agencies, an arrangement that has angered some of the company’s employees who are worried about how it’s used for surveillance purposes.

The logical move to prevent this is to put regulations or rules in place to limit how the technology can be used. The problem is that, at least in the U.S., politicians haven’t shown an ability to agree on much tech regulation.

Even with some new leadership in place following this week’s U.S. midterms, it’s unclear if there is any kind of consensus to keep tech companies in check.

“I don’t think the governments are yet equipped to understand [these issues], but I think they need to be,” Blair said. “It really is necessary for those in the tech world … to educate the policy makers as to what this means.”

Blair believes there is a real pessimism around technology right now — which also means an opportunity for politicians to lean into regulation and use that to shape a positive story around how technology will impact people’s lives moving forward.

“The first group of politicians to seize that opportunity and to create that narrative will be the ones that [own] the future of politics,” he said.