Recode Daily: Are killer robots and social-media soldiers the future of war? 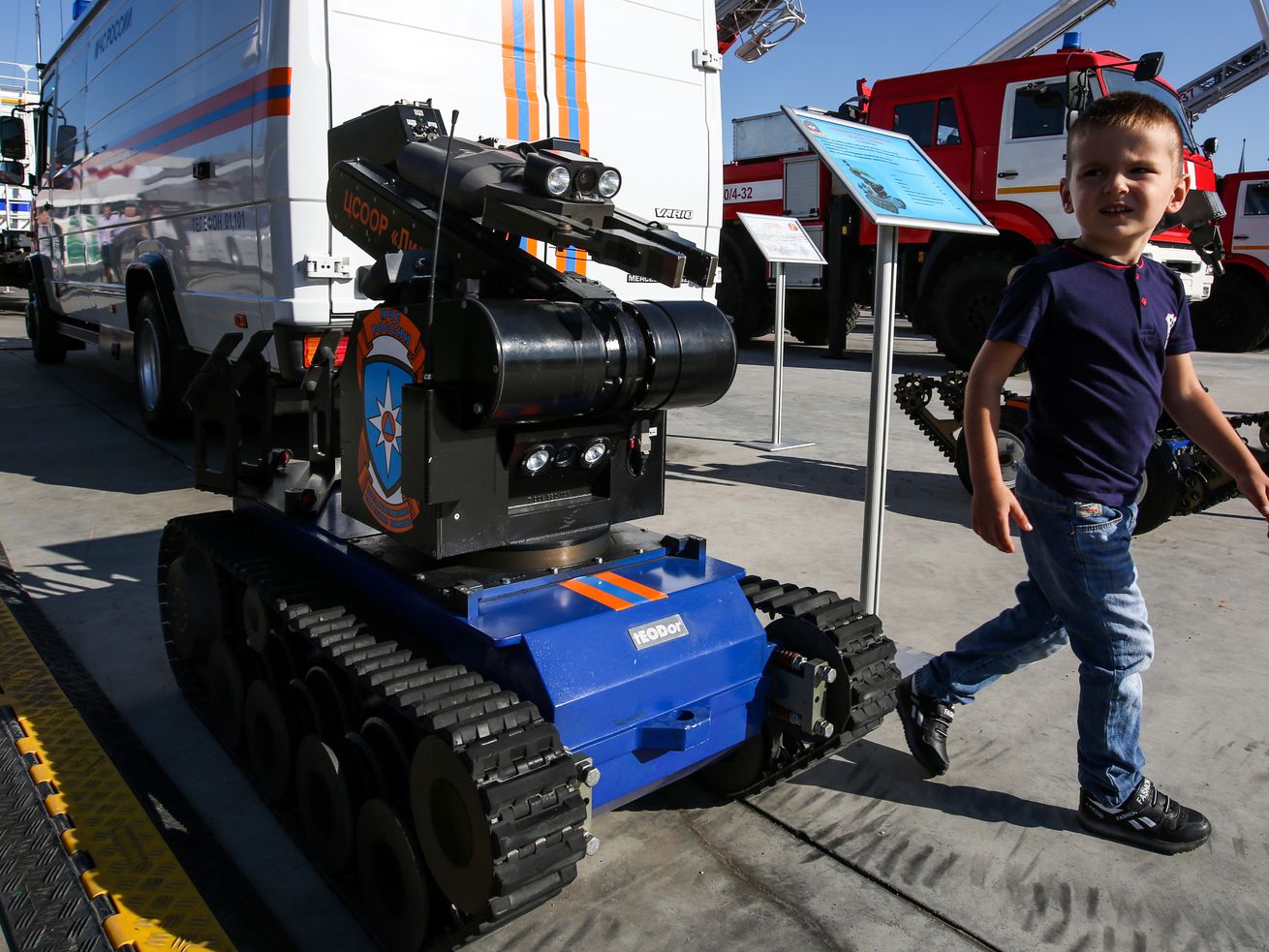 Are killer robots the future of war? Some of the world’s largest militaries — including Russia, China and the U.S. — are on the edge of a new future, where autonomous weapon systems may find and kill people on the battlefield without human involvement. Britain and Israel are already using missiles and drones that can seek and attack an adversary’s radar, vehicle or ship without a human command triggering the immediate decision to fire. Here’s a history of autonomous weapons, and a look at the arguments for and against imbuing robots with lethal decision making. Meanwhile, the soldiers of the British Army’s 77th brigade edit videos, record podcasts and write viral posts: Welcome to the age of information warfare . [Kelsey K. Atherton / The New York Times ]

Mark Zuckerberg told 50 of his top lieutenants that Facebook was at war — and that he planned to lead the company accordingly. The Facebook CEO’s new approach is causing unprecedented turmoil at Facebook, driving several key executives from the company; it has also created tensions with longtime chief operating officer Sheryl Sandberg. That tension was on display when, during a question-and-answer session with employees on Friday, Zuckerberg blasted a fresh round of critical news coverage as “bullshit.” Some observers are saying that the 2010 film “The Social Network” told us what we need to know about Zuckerberg . Here’s everything you need to know about Facebook’s latest crisis and what happens next. [Deepa Seetharaman / The Wall Street Journal ]

Diane Greene, the Google Cloud CEO whose pursuit of artificial intelligence contracts with the Pentagon sparked an employee backlash , is stepping down from her post and will be succeeded by former Oracle executive Thomas Kurian. And Google Cloud’s head of research and development, AI Jia Li, has left her position with the company to work full-time at Stanford University’s Center for Artificial Intelligence in Medicine & Imaging; Li plans to start her own AI company with the aim of bringing machine learning solutions to the healthcare industry. [Daisuke Wakabayashi / The New York Times ]

Microsoft is now selling Amazon’s Echo smart speakers in its retail and online stores. Microsoft has been aligning itself with Amazon’s digital personal assistant, Alexa — and distancing itself from its own Cortana in the process — since the two firms announced a partnership in August 2017 to closely integrate the two solutions. This deal always seemed curiously one-sided; it appears that the end game is to make Cortana just one of many Alexa skills. [Paul Thurrott / Thurrott ]

YouTube quietly began showing ad-supported movies last month , giving viewers access to Hollywood titles including “The Terminator” and “Legally Blonde” for free. The platform started promoting the free feature-length films in the movie section of the site in October, where it has sold movies and shows for years. The ad-supported video-on-demand market is heating up with companies like Tubi, which has a free app distributed on connected TV devices, such as smart TVs and Roku. There’s also Vudu, an ad-supported TV and movie app owned by Walmart; Amazon is also developing an ad-supported video-on-demand app.[Garett Sloane / AdAge ]

Disney World — and Disney’s global vacation empire — is about to get much, much bigger. Calling its growth plan “enhancement on steroids,” Disney is spending billions — more than it did on Pixar, Marvel and Lucasfilm combined — to supercharge its theme park division, which has emerged as a surprisingly strong moneymaker. Each of Disney’s six theme park resorts around the world is undergoing major expansion, along with Disney Cruise Line; it’s estimated that Disney will spend $24 billion on new attractions, hotels and ships over the next five years. [Brooks Barnes / The New York Times ]

From Mark Zuckerberg to George Soros, here’s everything you need to know about Facebook’s latest crisis . The days after a blockbuster New York Times investigation published included a lot of he-said, she-said. Here’s a recap of what we know and who said what. [Kurt Wagner ]

The San Francisco air quality is so bad that Uber drivers are selling masks out of their cars. The city has seen some of the worst air quality in the world in the past few days. [Shirin Ghaffary ]

Marc Benioff defends Salesforce’s contract with Customs and Border Patrol. “Every company in our industry will now have to look at the ethical and humane use of the technology that they’re building.” [Shirin Ghaffary ]

Facebook’s top execs “make tobacco executives look like Mister Rogers.” On the latest episode of Pivot : Facebook is under fire again, this time for years of dirty tricks exposed by the New York Times. [Kara Swisher and Scott Galloway ]