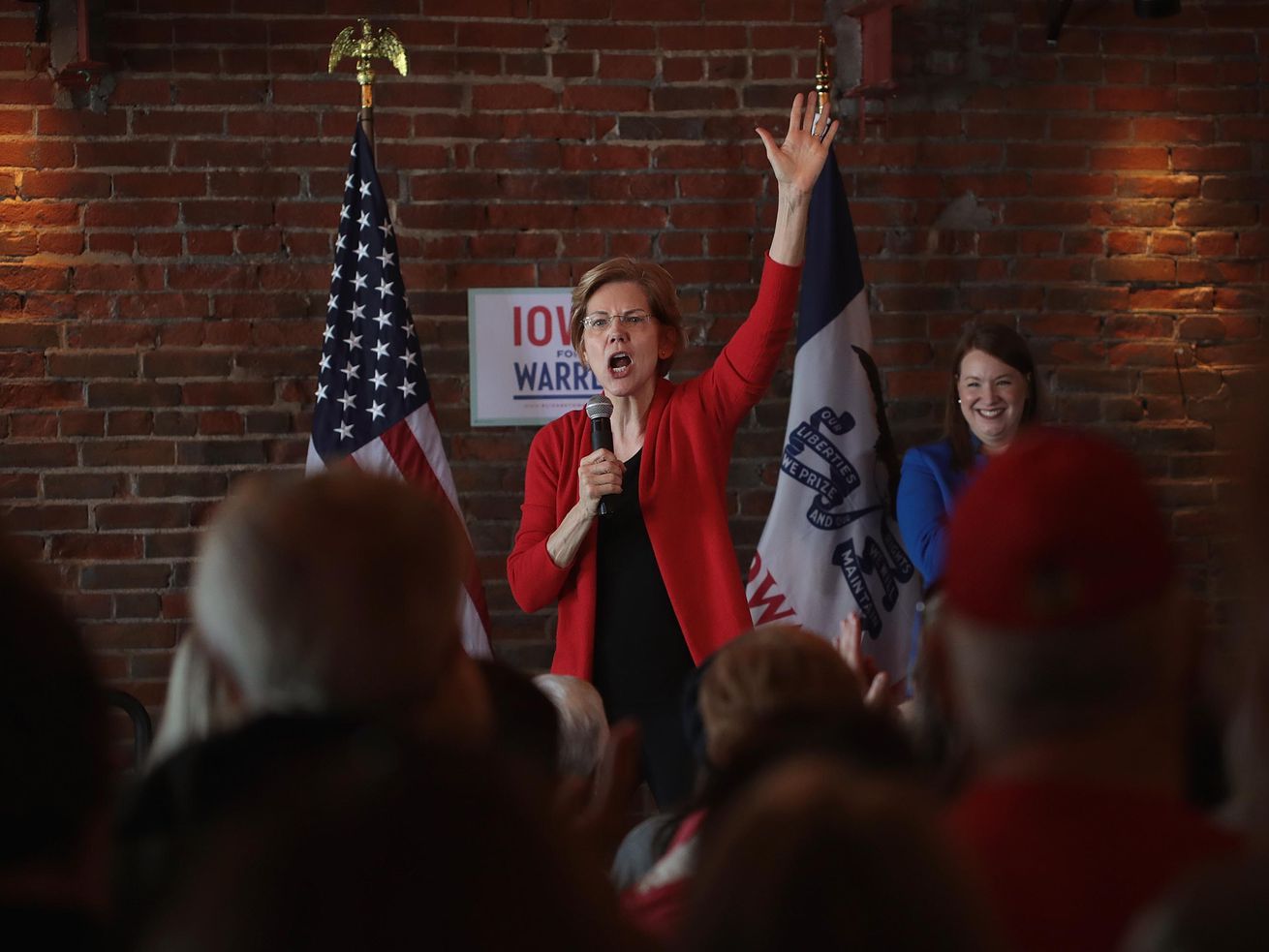 Warren, the US senator from Massachusetts and a prominent Democratic candidate for the party’s 2020 presidential nomination, outlined a plan on Friday, March 8, to break up big tech companies like Facebook, Google, and Amazon.

These tech giants, she argues, have become so big that they are snuffing out competition and have “stifled innovation.”

“As these companies have grown larger and more powerful, they have used their resources and control over the way we use the Internet to squash small businesses and innovation,” she wrote in a post published on Medium. “[They] substitute their own financial interests for the broader interests of the American people.”

Warren’s pitch comes at an opportune time: Warren is hosting a campaign rally Friday night in Long Island City, the same Queens neighborhood where Amazon was set to plop down its second headquarters before they abruptly pulled out following pushback from local officials.

Here’s Warren’s dream scenario, should this plan ever work.

Small businesses would have a fair shot to sell their products on Amazon without the fear of Amazon pushing them out of business. Google couldn’t smother competitors by demoting their products on Google Search. Facebook would face real pressure from Instagram and WhatsApp to improve the user experience and protect our privacy.

Warren is not the first to suggest breaking up big tech. When Facebook CEO Mark Zuckerberg testified before Congress last year, a number of US politicians suggested the company is too big. Even Rupert Murdoch has come out to call for more regulation of Facebook and Google.

Zuckerberg has argued that breaking up Facebook could pave the way for international competitors , like those from China. The social giant could actually be working to cocoon itself against this kind of proposed breakup: The company has announced plans to merge all of its messaging apps, a technological challenge but one that would likely make it much harder to unspool any of Facebook’s individual products .

If Warren is elected President in 2020 — a longshot chance, sure, but a chance nonetheless — we may find out how well that plan works.

“[This is] how we protect the future of the Internet,” she said.