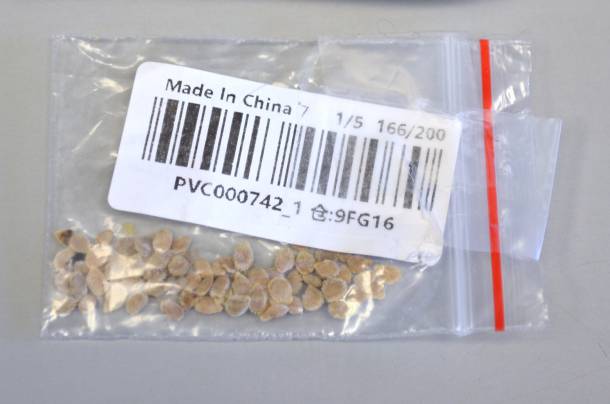 As if battling a global pandemic wasn’t enough , some citizens in the United States are now dealing with a very different kind of attack, and it’s being carried out through the mail. Individuals across the country have reported receiving packages of unidentified seeds out of the blue, and the shipments appear to be originating from China.

States have been issuing warnings to their residents, begging them to not plant the seeds as they may be an invasive species that could wreak havoc on native plants. Of course, not everyone is following those directions, and as The Sun reports, an Arkansas resident decided to see what the seeds would produce.

END_OF_DOCUMENT_TOKEN_TO_BE_REPLACED

This man planted mysterious seeds from China he never ordered – here’s what grew originally appeared on BGR.com on Wed, 5 Aug 2020 at 16:57:59 EDT. Please see our terms for use of feeds.